Ferullo’s Guns Mod adds guns to Minecraft. A lot of guns. A lot of modern guns. 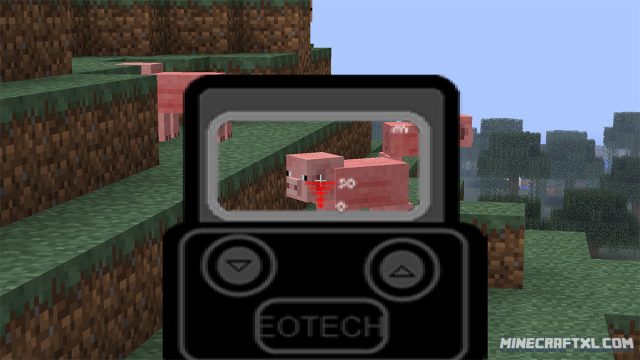 The mod also includes sights like the ACOG, Holographic and Red Dot sights, to make your aim even more precise.

The key bindings for the mod are as follows (default bindings):

It is a very nice mod, well made and I haven’t encountered any bugs yet (it may collide with other mods though). The RPG is especially cool, as it works like ranged TNT, there’s even a bullet drop system in place, so the rocket won’t just fly straight, it will drop to the ground the more distance it covers. 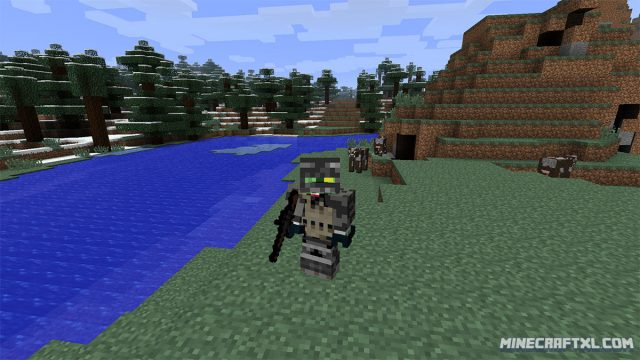 The weapons also has recoil, so they have a better feel than some other weapon mods, you won’t just look straight while firing full auto, your screen will shake and your aim get worse. It adds a bit of much needed kickback.

The mod also adds different armors with different camo patterns (the guns themselves also come in many variations), and some cool night vision goggles that make even the darkest darkness bright as day, making this mod that much better. 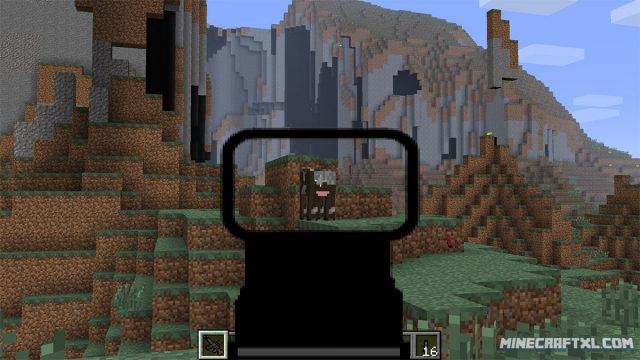 Most guns that shoot bullets won’t destroy blocks, but will destroy leaves, remove grass and such. Explosive weapons like the SMAW, RPG and grenade launchers will make short work of blocks though, giving you some efficient mining tools as well as deadly killing machines.

Newer versions of the mod also adds bladed weapons such as bowie knives!

Here’s some screenshots of the mod in action: 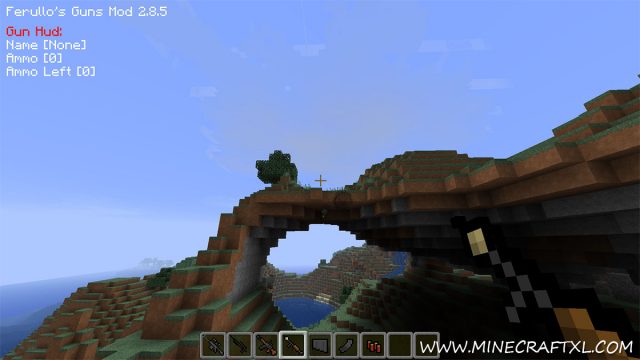 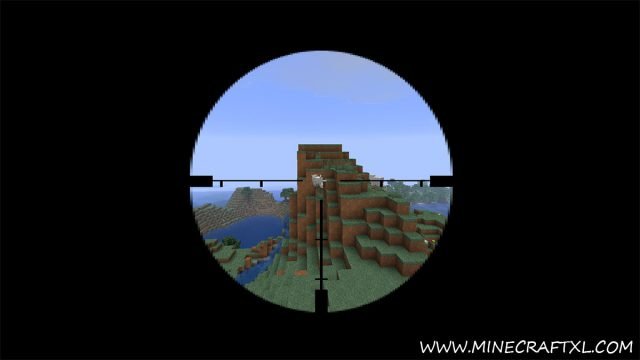 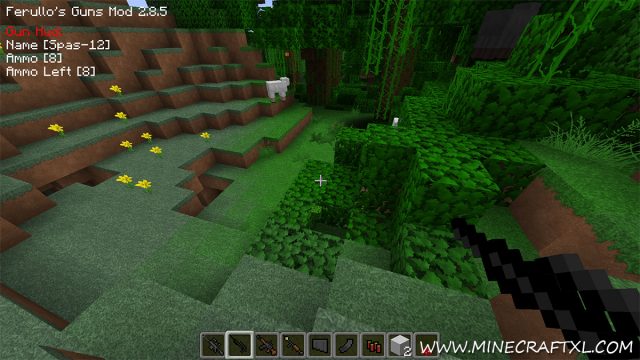 To craft these weapons and ammo, check out the recipes here.

Here is a full list of every gun and weapon included in this mod (click to expand):

How to install Ferullo’s Guns Mod for Minecraft 1.6.2: