Yet another crazy and awesome map from the ingenious mind of diSCo, here comes a Sonic the Hedgehog map for Minecraft. 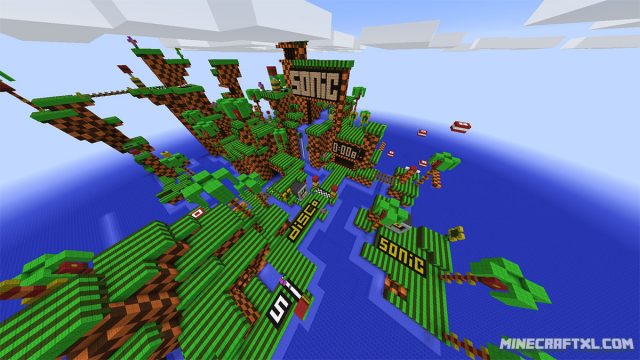 It is a very fun and nice map based on the game of the same name, and the goal is to run through the lap as fast as you can. You chose whether you want it timed or not, and there is also a small part of the map dedicated to a tutorial, so you can learn the ropes before trying your luck with the actual lap itself. 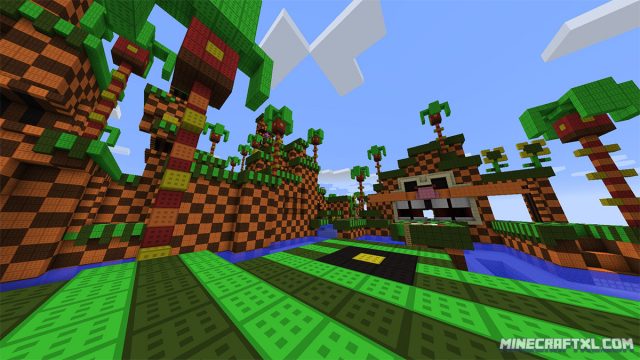 With the oCD Resource Pack, made by the same guy, it really looks a lot like a Sonic game, so that pack is highly recommended, although not required.

The lap itself is very reminiscent of Sonic levels, although there are no loops this time around, but you will still run fast and jump all over the very beautiful map. If you have ever played a Sonic game in your life, you will definitively see a high resemblance to that, both in design and how it actually plays, as is intended. 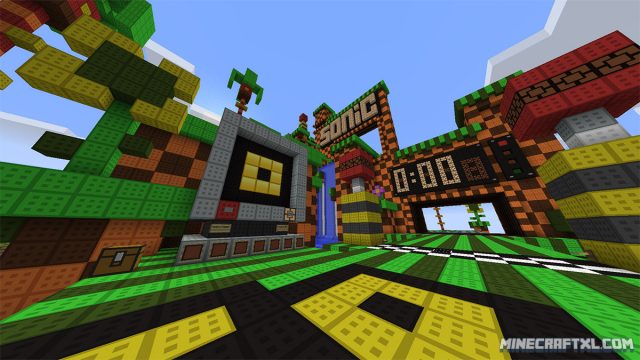 There are several checkpoints scattered throughout the map, and the goal is to reach them in order, there are also many ways to go about the map in between the checkpoints though, so even if you might think you are lost, it might just be a shortcut, although the map is not THAT large, so getting lost is not really that much of a hazard. 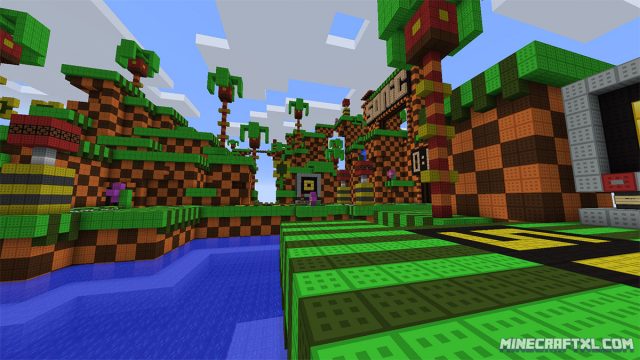 There is also a bonus quest, where you must find several hidden items scattered around the map, and place them in the item frames at the start-line, do so and you might just get a reward.

Once you click start at spawn, you will be given some enchanted boots so you can run and jump like the blue protagonist, as well as a book with instructions and information about the map itself.

A very fun map, and if you feel like it, challenge a friend or two and see who can get the fastest time around. 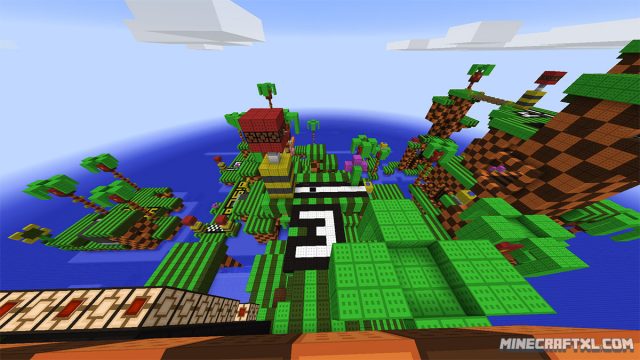 How to install the Sonic the Hedgehog Map:

Here is a video where you can see more of the map and how it plays in action: